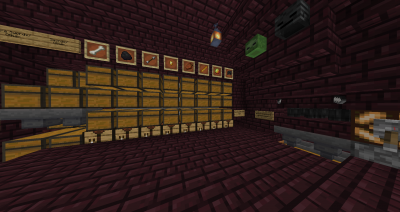 The Wither Skeleton Farm was constructed in late 2019 by various players and is one of the server's most efficient wither skeleton skull farms.

The farm had an AFK mode that still generated skulls through the use of tamed wolves to kill the skeleton and count the kills as player kills, however, this mode is currently dysfunctional.

The sorting system will play a short tune whenever a wither skeleton skull is sorted into the chest. 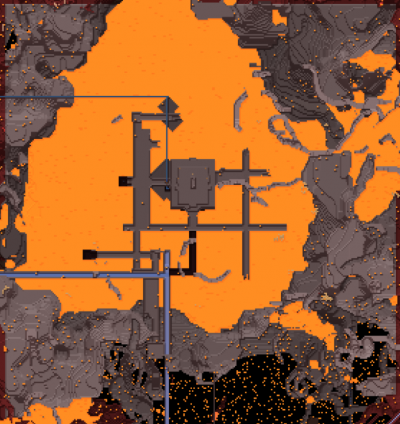 As this farm was created prior to the nether update, it was built in a biome that allowed other mobs (such as piglins and zombie piglins) to spawn and slow down the wither skeleton farm. To solve this, the creators had to mob proof every spawnable block in a large radius around the farm using stone slabs.